Graphic Concrete characterises the Ulappatori Residential Building and it has become a landmark of the area.

A uniform pattern running round the building was created with a limited number of print films. The balconies were produced with silk screen patterns to act as a contrast to the strong patterning of the Graphic Concrete on the facades. The appearance changes with seasons, humidity, sunlight and viewing distance.

In addition to the visual patterning, the essential feature of the finished Graphic Concrete surface is that the joints between the units become invisible. White cement was used in the concrete as it allows as visually uniform background as possible to be created for the graphic patterning.

“The inspiration for the patterns came from the site’s proximity to the sea. The repeating patterns feature fish and shellfish from the Baltic Sea, and their scale is close to their natural size. These patterns are complemented by abstract lines resembling sea waves flowing across the facade.” 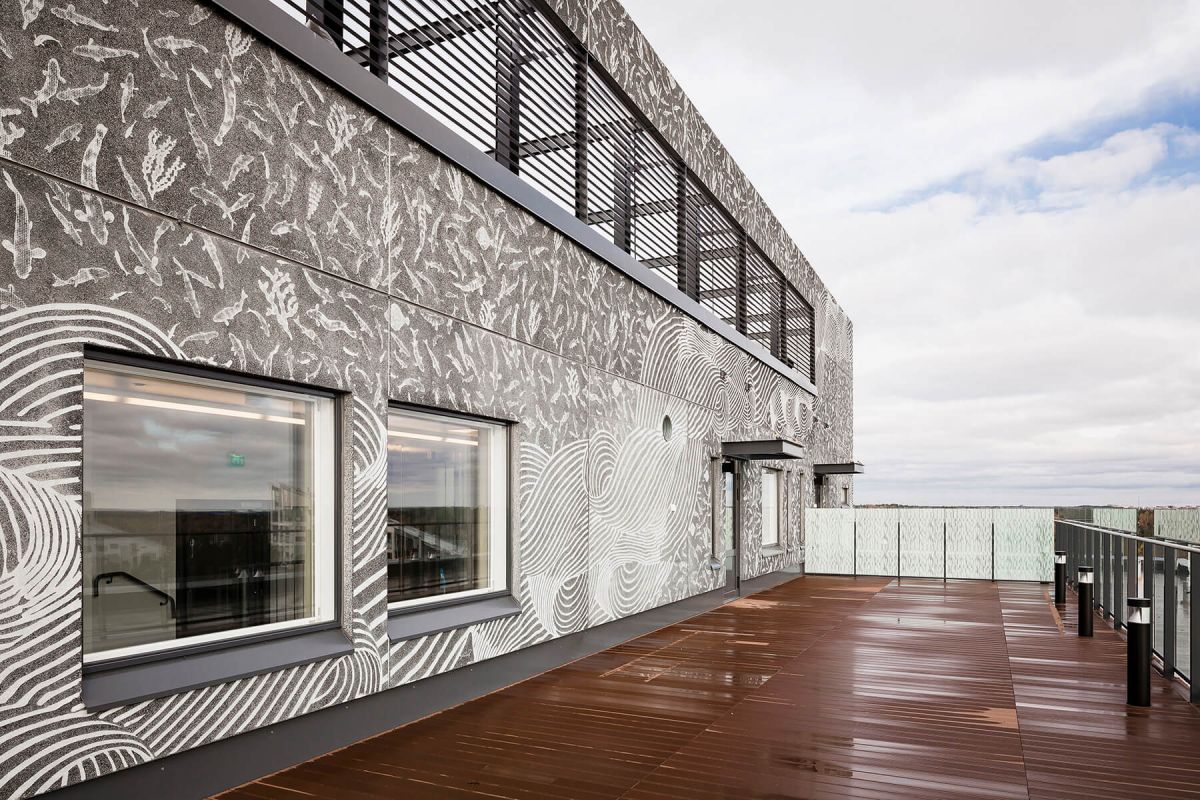 Return to the previous page

Sign up with your email address to receive news and updates.